Afrika
In the relations that have reached the” strategic partnership " stage, it is important for Turkey to observe the activities of actors such as the USA and EU, especially China, in the continent with sensitivity and to develop its strategic policies with an open reflex to multilateral negotiations. The third of Turkey - Africa Defence Security and Aerospace Forum

Orta Doğu
The fourth of the Turkey - Gulf Defence and Security Forum, which holds simultaneously with the Istanbul Security Conference, which has been institutionalized as a global brand, aims to make a strategic contribution towards the healthy management of the parameters of strategic interdependence and trust building and the creation of common consciousness.

Türkiye
The Covid-19 outbreak is a critical milestone for the change in production, consumption, growth, and conventional power standards, including security and defense. Scenarios and preparations have become the top priority for the reinterpretation of the international immune system / infrastructure and for strategic transformation. In this context, developing “System Models for New World Regulation” has become an imperative, not a choice.

Türkiye
The state has the right to regulate the legal regime implemented on aircrafts owing to its absolute and exclusive right of independence on its own airspace. The UAVs1 have an extensive area of usage for scientific, commercial, and military purposes in parallel with the rapid improvements in aviation and space technologies in the first quarter of the 21st century. Click for the "Security of the Future" ebook

Afrika
2nd Turkey - Africa Defence Security and Space Forum was held in the CVK Park Bosphorus Hotel, Istanbul on the date of 07-08 November 2019 as a sub-event of the Istanbul Security Conference titled “New World Architecture of Economy and Security” with the main theme of “African Architecture of Security, and Turkey” under the coordinatorship of TASAM African Institute and National Defence and Security Institute (NDSI).

Türkiye
“Usage of Computer Vision Methods in Education” titled Artificial Intelligence in Education Workshop - 6 was held by the Education, Industry and Technology Institute (ESTEN) on June 19, 2019 at Sarıyer Academy, the educational institution of Sarıyer Municipality in İstanbul.

Türkiye
In recent years, education is one of the most discussed topics in our country. Number of millions of students - parents - teacher mass aside, for the Turkish people, this interest has become so important that education issues constitute the main agenda of our country. In this case, the meaning that we gave to education is highly important, for us, it has gone beyond teaching only as an institution,

Türkiye
The Workshop of Artificial Intelligence in Education-2, which was titled as Using Genetic Data in Learning Environment, was conducted by The Institute of Education, Industry and Technology (ESTEN) in İstanbul KWORKS- Koç University Entrepreneurship Research Center on 16th of January, 2019.

Sivil Global
CIVIL GLOBAL SUMMIT 2019 will be organized with the "Future Economics of Ecosystems and Turkey" main theme, by TASAMWORLD and TASAM BGC on 12-13 December 2019 at CVK Park Bosphorus Hotel Istanbul.

Türkiye
If you are interested in submitting a paper in order to attend at the 5th Istanbul Security Conference 2019 and its co-events ( 3rd Turkey - Gulf Defence and Security Forum, 2nd Turkey - Africa Defence, Security and Aerospace Forum and Space Ecosystem and Security Workshop - 1) as a speaker, you need to submit via igk2019@istanbulguvenlikkonferansi.org with an MS Word document which includes following items: 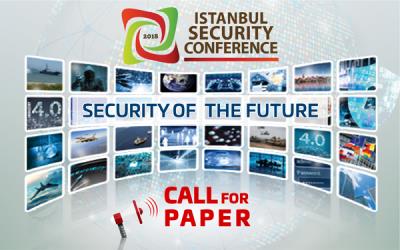 Türkiye
Having defined in the First World War, "Security" has begun to take place on the basis of international affairs. These deductions, which were re-defined in the Second

Türkiye
The Final Report of ‘Linkages for Peace’ Seminar with the main theme "Connectivity-Road to Peace", which is held in Elite World Taksim Hotel on May 5th, 2018 in 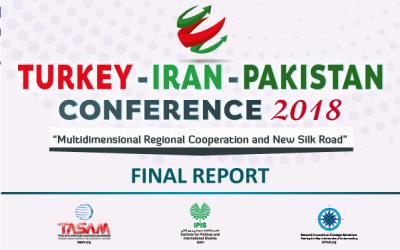 Asya
The Final Report of the 2nd Turkey - India Round Table Meeting organized in cooperation with TASAM and ICWA with the theme of "Changing Global and Regional Dynamics: A Role for India and Turkey” in Istanbul on March 6, 2018 is as follows:

İslam Dünyası
World Muslim Women Summit and Exhibition | WISE 2018, with the theme “One Woman - One World | Politics for Building Power and Justice” has been